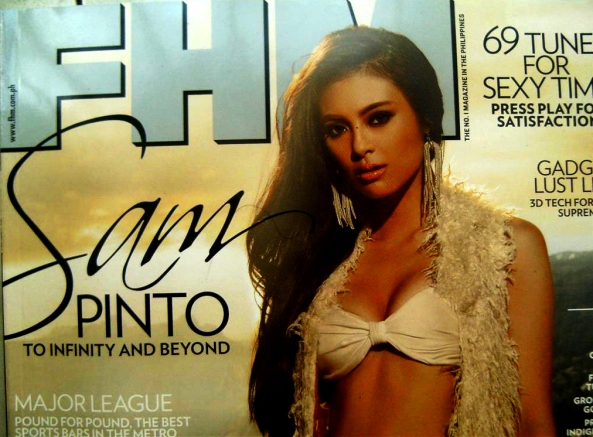 A model, a reality TV star, a product endorser and an occasional actress, Sam Pinto’s FHM debut on July of 2010 came in as a pleasant surprise to everyone. Nobody thought that Sam would be doing FHM shortly after her PBB stint. And as her cover tagline then says, “Sam Pinto, Knocking on Stardom’s Door.” 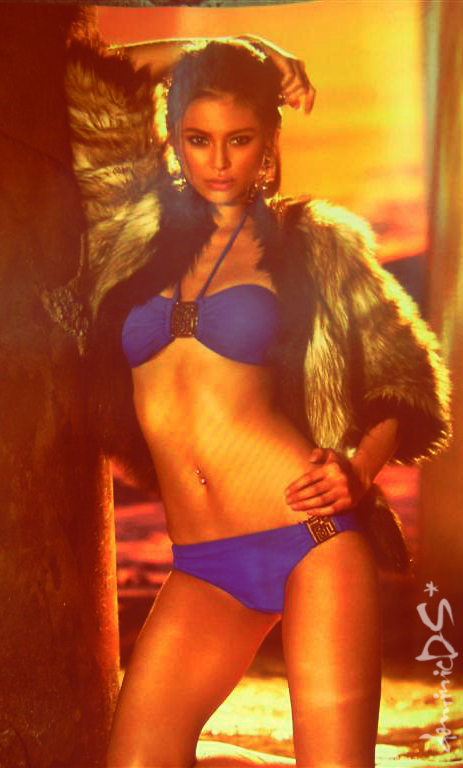 She then jumped networks for a broader career opportunity. After that, endorsements came flowing in, bit roles on TV and movies also ushered in. From then on, mainstream success followed.

Everything went crazy for Sam Pinto after she nailed the top spot on FHM Philippines’ 100 Sexiest Women in the World campaign 2011. She became the poster girl of the new breed of sexy. Classy, charming and very natural. She has, somehow, gone a long way with just over a year in the showbiz industry.

And now, after stardom has opened its door for her, all we could see is “Sam Pinto: To Infinity and Beyond.”

This cover is much better compared to her July 2010 one. Although this is not the year’s best. Sam looks younger this time because on her 2010 cover, she looks very regal and serious (hence, the older look.)

And I guess the deal with people doing the cover of magazines several times is out doing the previous one. And FHM did what needs to be done with Sam Pinto.

Juxtaposed. Sam, being her classy and elegant self, was shot on the lahar ruins in Pampanga. Her shoot may be a representation of the Mayan belief that the world would end on 2012, and Sam is the last babe standing. It may also represent the diamond in the rough phase Sam went through before she became the precious gem that she is today. This shoot may also showcase Sam’s versatility – from her ‘sheltered’  2010 spread to a more extreme and uncontrolled setting. Either way, or all the way, Sam’s beauty radiates with whatever the story was behind this shoot.

It has been said that Sam brings in the new breed of sexy to the next level. And I was expecting Sam to not be very daring (much to my dismay). At least she didn’t try to fool us into believing that she wore or didn’t wear this and that.

Xander Angeles was Sam’s photographer for this shoot (and also during her previous cover). Sam’s photo went from very futuristic during the first few layouts to dramatic and sultry towards the last few layouts. The composition of the photos were amazing. Sam’s allure shone with the magnificent backdrop.

The interview was good and entertaining. Sam surely has gone a long way. And she may be in it for the long haul. 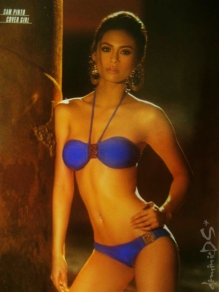 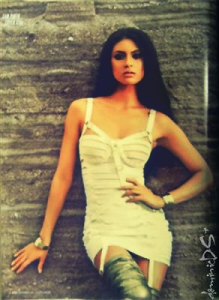 The photo shoots for the girls on this month’s issue were all commendable. Their beauties are an eclectic mix of breed and personality. We have Kristine Santamenta, Camila Sales, Jackie Clanton and Mia Gray. We also have blonde Starter Babe Laurisha Marie and Girlfriends (yes, plural) RRJ girl Kates Ocampo and Zandra Lee of Boracay Rum.

The one I find really interesting is the one about ‘Act(ing) Your Age’.

There’s also one about the recent boom of condominium units around the metro. Also featured on this issue (and are almost regulars every December issue) are lists of cool bars and gadgets which may become very useful this season of debauchery and gift-giving.

The Noche Buena recipes on the Upgrade section look very delicious and easy to make. And after the recipe comes the list of ways to prevent overeating and indigestion. Everything just in time for Christmas.

Sam Pinto surely is the star of this issue. What a way to end a very successful year for FHM and its readers. Our bells are jingling for 2012.

Top of the Game

Composed. Formal. Deep.
Things you shouldn't expect from me. Can't touch this. No, really,